Failure to remove condensate from air conditioning systems poses a major, and rarely challenged, threat to building damage and occupant’s health. The commonly used condensate drain system is a unique component in the air conditioning system. It is an interface between the air handler and the facility drain receptor. Designers, vendors, contractors, and others offer differing levels of design guidance, but no industry entity accepts responsibility for its operation and performance. Accordingly, by default, building owners and facility managers are burdened with system failures along with the accompanying health threat and property damage, which are frequent and costly. A simple, economical and sustainable remedy to these problems is available. 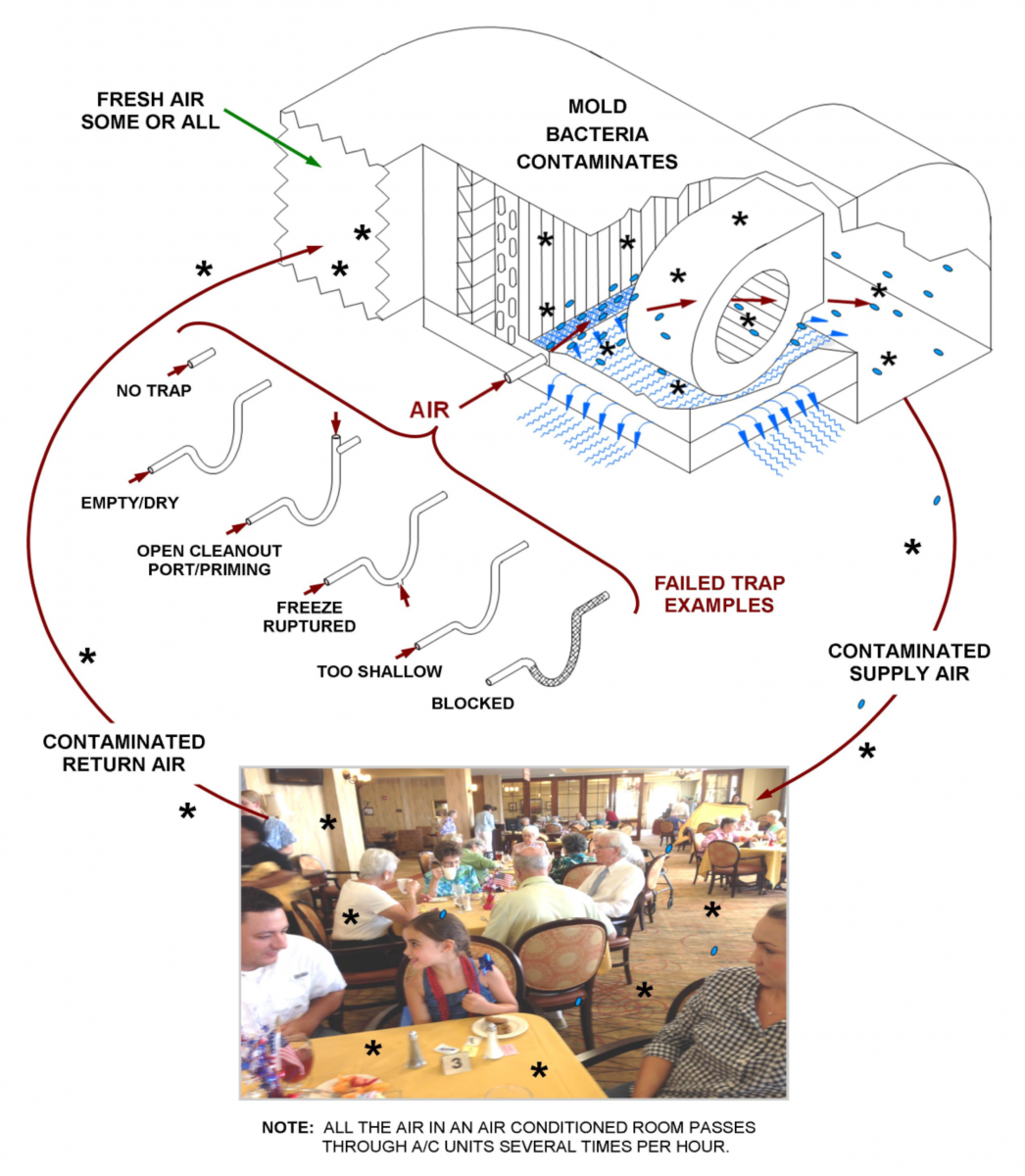 The most commonly used condensate drain system includes a water trap, which exhibits so many failure modes that reliable operation is rare.

The propensity for traps to fail is well known in the industry. More than 30 years ago the American Society of Heating, Refrigerating, and Air Conditioning Engineers (ASHRAE) published the following statement in their Standard 62-89R:

"5.6.4 Drains and Drain Pans. Condensate traps exhibit many failure modes that can impact on indoor air quality. Trap failures due to freeze-up, drying out, breakage, blockage, and/or improper installation can compromise the seal against air ingestion through the condensate drain line. Traps with insufficient height between the inlet and outlet on draw-through systems can cause the drain to back-up when the fan is on, possibly causing drain pan overflow or water droplet carryover into the duct system. The resulting moist surfaces can become sources of biological contamination. Seasonal variations, such as very dry or cold weather, may adversely affect trap operation and condensate removal."

Despite the numerous failure modes common to the condensate trap, it is an integral part of the drain system now accepted as the “industry standard.” The success of this system depends upon the best possible trap design and effective maintenance by the building operator. But, there is no standard or useful guidance for performing either of these functions. The widely applicable national, and many local, plumbing codes state only that HVAC drain systems shall be trapped, leaving detail design to others. Drain systems like those shown in Figure 1 are the results. Each of these systems meets applicable codes; that is, they are trapped.

Successful maintenance is impossible, since none can effect successful condensate drainage. Most HVAC units in this country are equipped with the “industry standard” drain systems. The frequent and untimely failures of these systems impose costly burdens on building owners in terms of health threats, property damage, service calls, maintenance effort, equipment life, and life cycle cost. The photographs in Figures 2 and 3 illustrate the property damage caused by the failure of “industry standard” drain systems. The impact of these failures on health is appreciated only when it is realized that all air in the conditioned space passes through the contaminated air handlers several times per hour. 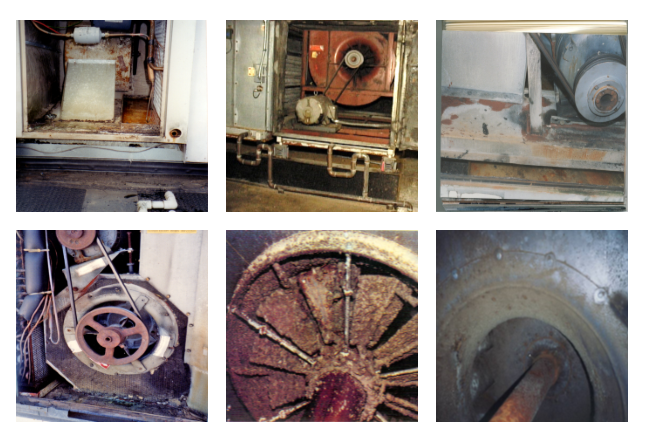 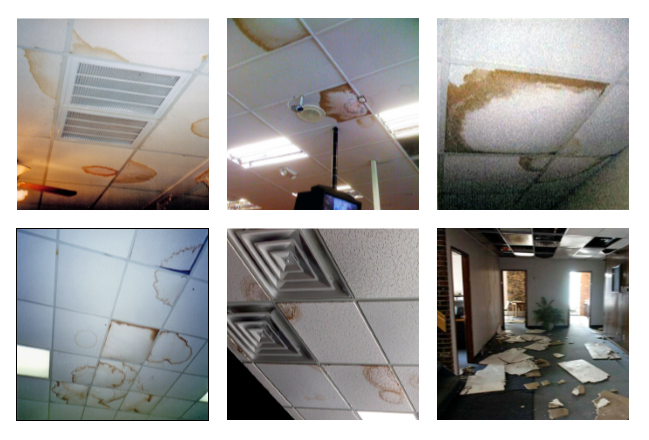 Even systems with the best possible trap designs experience expensive and often impractical maintenance issues. Each trap must be:

The effort and cost to perform these required maintenance operations are so extensive that it is seldom attempted.

Failures caused by the “industry standard” condensate drain systems have been identified, and a drain system which eliminates all these failures has been developed.

In keeping with the savings it provides building owners, the system has been named: CostGard™ Condensate Drain Seal System. A typical installation on a rooftop unit is shown in Figure 4.

Tens of thousands are in operation, in all types of climates—hot & humid and cold & dry—some for more than 20 years. Not one has failed to perform successfully.Successful operation of the system, and its wide acceptance, is gratifying. But, from a technical standpoint, it is even more pleasing to view field evidence that it performs as intended. Figure 5  provides that evidence.The CostGard™ Condensate Drain Seal System eliminates all the problems common to the “industry standard” drain system. 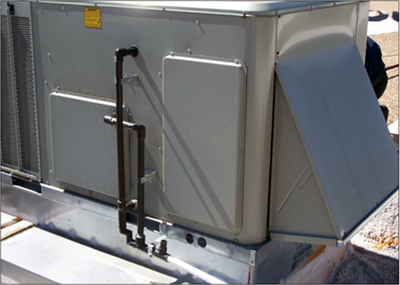 Figure 5.  Effect of drain systems on internal contamination and damage of rooftop units operating for extended periods of time

"Industry Standard" drain systems after less than 10 years of operation 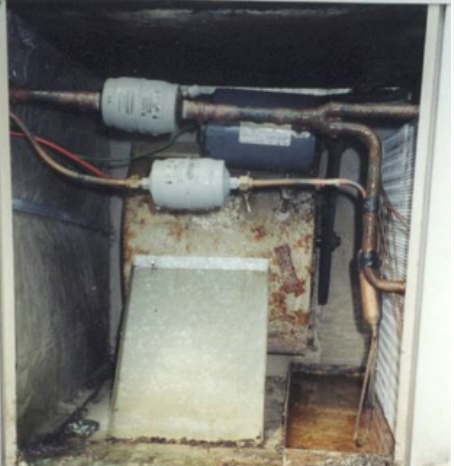 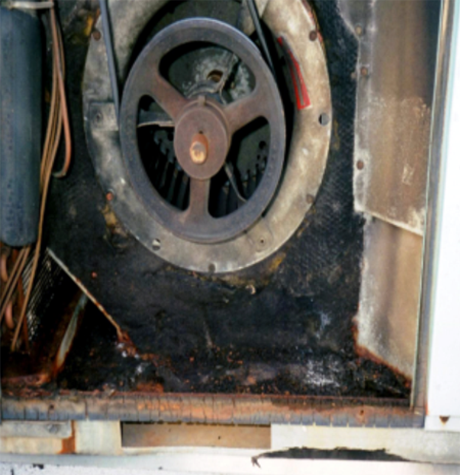 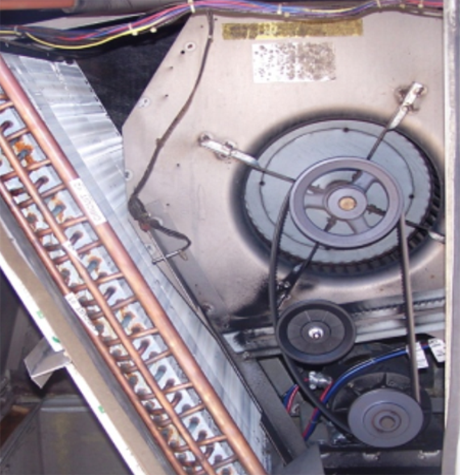 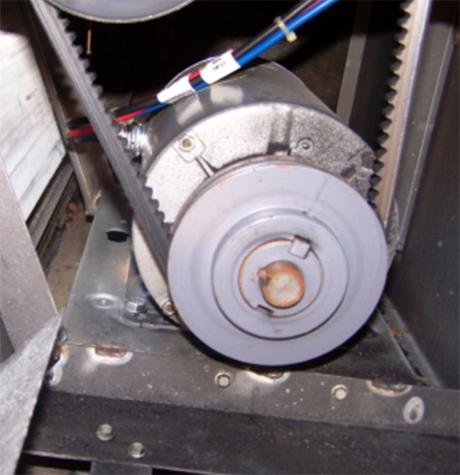 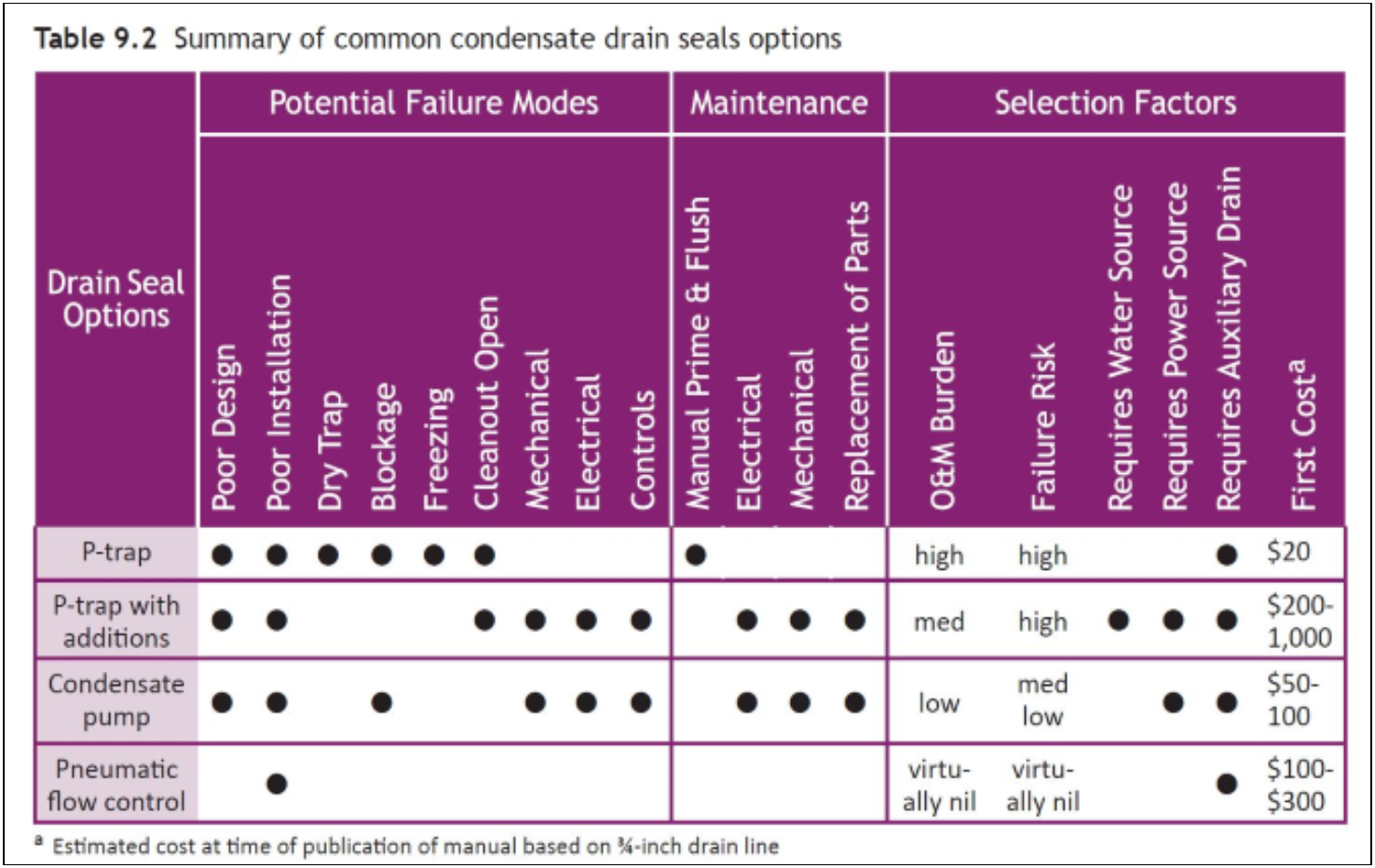 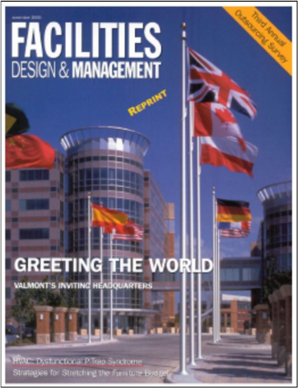 Some well-known users of the CostGard™ Condensate Drain Seal

For pricing information and to learn how Trent Technologies, Inc. can help your company, contact us online or by phone.